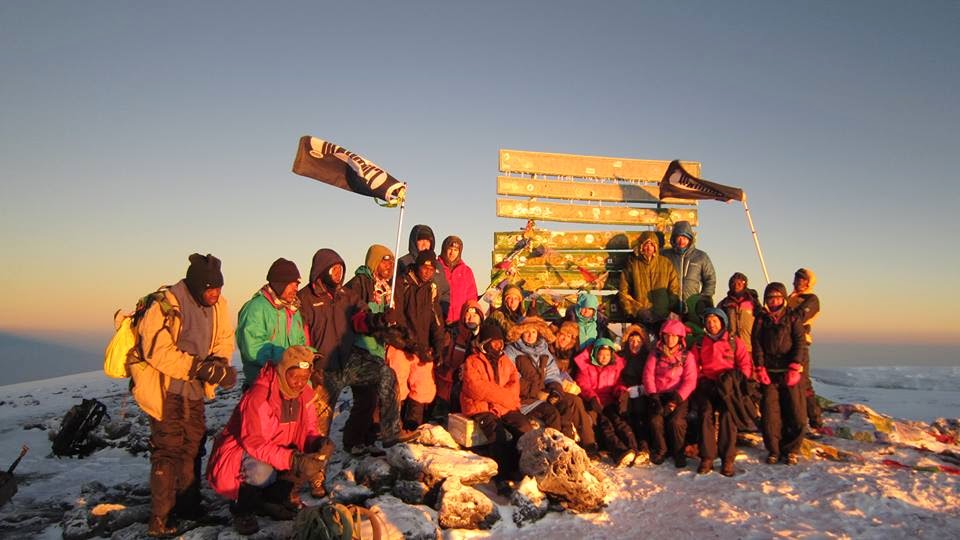 THE ROOFTOP OF AFRICA!! The summit of Kilimanjaro is 19,341 feet above sea level and an inspiring mountain with each foot!  This March, we made it to the top of Mt Kilimanjaro again, for the third time- this time, we came with a large team and a motivation that can move mountains! After several days of wind, rain, snow and altitude sickness, our team made it.  Everyone was affected by the altitude to some degree, but all of the climbers pushed themselves to the limits, not all climbers made it, roughly 90% made it to the top, but all were affected in a positive way by the climb!

So. . . why do our climbers want to make it to the top of Kilimanjaro? For three very important reasons our climbers pushed on, despite the weather and the altitude. 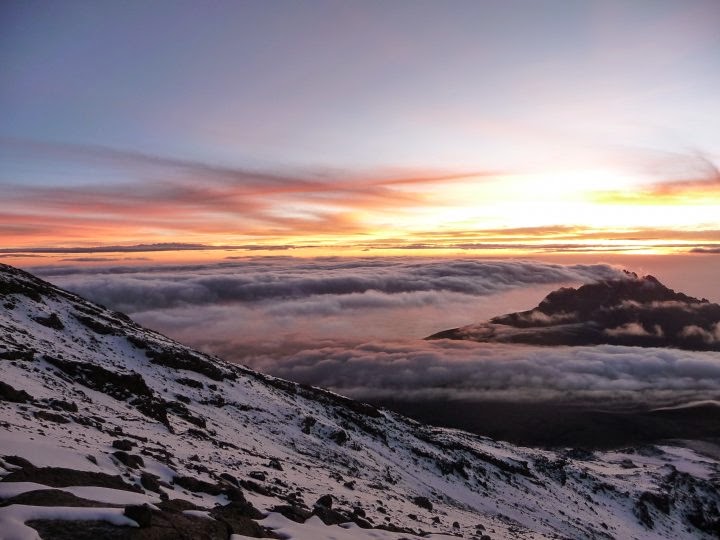 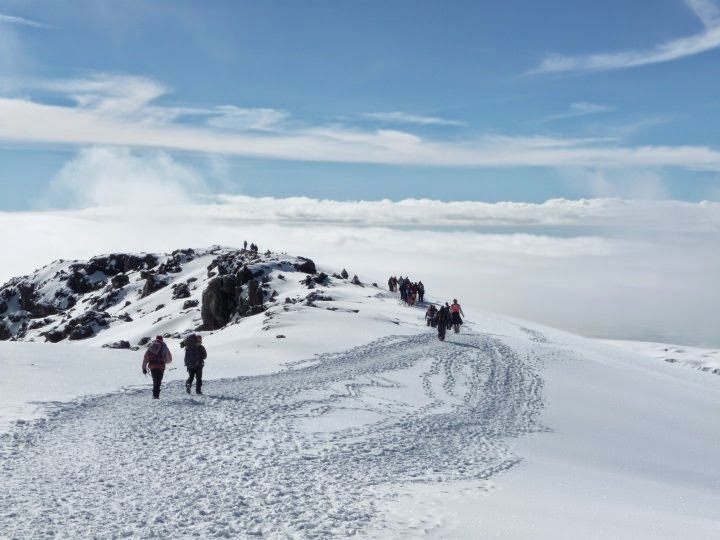 First, our team of climbers were carrying with them over 500 prayer flags dedicated in honor of amazing people affected by cancer in the USA. These flags represent strength, hope, and well-being -what an honor to carry the flags.

Second, our climbers were becoming advocates to advance cancer care in Africa, some of our climbers, in fact, several raised more than $10,000 dollars each!! This money will be used to advance cancer care in Africa! Right now in Africa, CANCER is a leading cause of death killing more people than HIV/AIDS, Malaria and Tuberculosis combined.  This is largely due to the lack of appropriate equipment. In the USA we have one radiation machine for every 100,000 people, in Africa there is, on average, one radiation machine per 6 million people and in Tanzania, they have one radiation machine per 12 million people. With these numbers, no wonder cancer is considered a death sentence and these people end up shunned by the popluation. It is time to change that!
This brings us to the third reason we wanted to make it to the top of Kilimanjaro. At the summit we will have the ribbon cutting for the first ever cancer center in this region of Tanzania. This will be the highest ribbon cutting ever and after the climb we will put on a cancer conference with the help of 30 of the most renowned cancer providers in the USA.  We will build a cancer center in Tanzania at the base of Mt Kilimanjaro at the Kilimanjaro Catholic Medical Center!!

Radiating Hope has a vision to transform the way cancer is treated in underserved areas of the world. "We're building a cancer center in East Africa because we believe that dignity and hope aren't western commodities reserved for the global elite; they are human rights that should be made available to all." - inspirational words from Dr. Larry Daugherty, M.D.

To provide and update radiation equipment in developing countries! One mountain at a time. . .

To donate or get involved, please contact us at:

Mountains we have climbed: